All That Education Wasted

Our elected leaders and hired gun economic development "gurus" are no more than wasted higher education resources.
at March 28, 2019

I received my first text message exactly 1 year from the date it was sent, right down to the minute. I was sitting in the office of the person who sent it to me when it came. "I've got a text," I said. "It's from you."

She verified it on her phone. 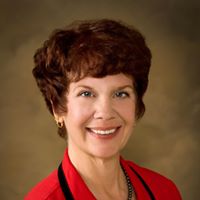 Greensboro, NC. Greensboro City Councilwoman Marikay Abuzaiter (D) was arrested this morning on charges of conspiring to rig the 2020 general election throughout the entire state of North Carolina.

According to FBI Special Agent Adam Israel Iseeall, Ms Abuzaiter was one of several who had plotted to mail packages to every Republican voter in the state of North Carolina that would explode just days before the election releasing gases that would induce weeks long temporary comas in an effort to make North Carolina Republicans sleep through the 2020 general election.

The FBI did not say how far along the conspirators had gotten in the process or if Republicans are still at risk.

Councilwoman Abuzaiter, while not admitting guilt, said, "The time has come when we must get rid of Donald Trump by any means necessary. If that means drugging Republicans then so be it."

Also arrested where local developers and major campaign contributors, William "Marty" Kotis and Roy Carroll. Special Agent Iseeall would not say just what their rolls were in the plot.

Special Agent Iseeall also indicated that he wanted to speak with Greensboro Mayor Nancy Barakat Vaughan (D) saying, "I intend to get to the bottom of this even if it means I have to waterboard Madam Madam Mayor." He did not indicate that Mayor Vaughan is a suspect at this time.

The Necessity Of Capitalism

I view Capitalism almost as a necessary evil, like say the military. We need a military but we must keep our military under civilian control and in check as left to its own devices any military will naturally seek to take over as that is the nature of the beast. Our founding fathers knew this to be true and passed laws to that effect.

The same is true with Capitalism. Modern economies, even Socialist economies, cannot thrive without some form of Capitalism. But we must keep our Capitalism under control and in check as left to its own devices Capitalism will naturally seek to take over and devour even itself as that is the nature of the beast.

It is time laws were made permanent to keep Capitalism in check.
at March 09, 2019

Do Vaccines Cause Disease? A Case To Change The System

I went to the hospital the other day as my doctor's office is located in the hospital and it was time for my annual checkup. While I was there I noticed signs posted everywhere inside and outside that no children under 12 were allowed to visit because of the flue epidemic.

While I was there I pondered how many sick people must walk in and out of that hospital every day and then I pondered the system by which vaccinations are given, and it came to me, people go to get vaccinated where the sick people congregate. It's hardly a wonder that people think getting a flue shot causes the flue.

You see it's not the flu shot that makes you sick, it's catching the flu at the hospital, doctor's office, health department, etc. that gives you the flue before the vaccine has time to take effect. Meet your doctor at the park or in your home and you reduce your risk. Do away with your doctor altogether and administer your own vaccination and reduce the risk even further.